Over 40 and Loving Every Minute Of It 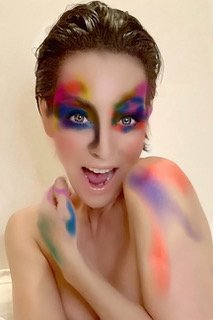 A new one-hour podcast is set to debut Tuesday, December 15 th , 2020, where celebrated creative force, Lisa F Pliner offers an intimate, heartfelt and addictive glimpse into her world. The podcast, entitled “Over 40 & Loving Every Minute of It” is a celebration of not only the many facets of this jewel of a human being, but also the world that awaits women and men when they turn 40 and progress beyond. Over 40 was once considered “mid-life” or “downhill” but, as viewers will learn during Lisa’s shows, nothing could be further from the truth. Over 40 represents the beginning of one’s self for the bulk of our population.

Tuesday at 3pm Pacific on Channel 1

About Lisa F Pliner: Lisa F Pliner is a loving wife and mother, accomplished philanthropist, children’s book author, successful shoe designer and artist. Lisa graduated from the University of Texas and St. Edwards University before studying design at the prestigious Parsons School of Design in Paris, France. After living some time in Europe, she moved back to her native Miami to work for fashion icon, Gianni Versace. Lisa met her husband, Donald J Pliner and became his muse, collaborating on many shoe designs over the next 23 years. She and Donald are Co-founders of the Peace For The Children Foundation, which has provided charitable grants supporting not for profit organizations for several decades.

In addition to her new podcasts, Lisa is currently involved in several other projects including a children’s book “A Puppy’s Dreams Comes True”, as well as an art collection “Incognito 18” which consist of skulls she designs via an intricate process that involves, molding, sculpting & finally lavishly ornamenting skulls with layer upon layer of design elements including rice paper, jewels, stones, beads & embroideries from shoe elements of husband Donald & her concepts for shoes. The result is a wholly distinctive artwork that is so rich & unique that it speaks volumes via its own story. Lisa has just recently added teddy bears to her collection which is a playful contrast to the skulls, but no less wonderous a result.