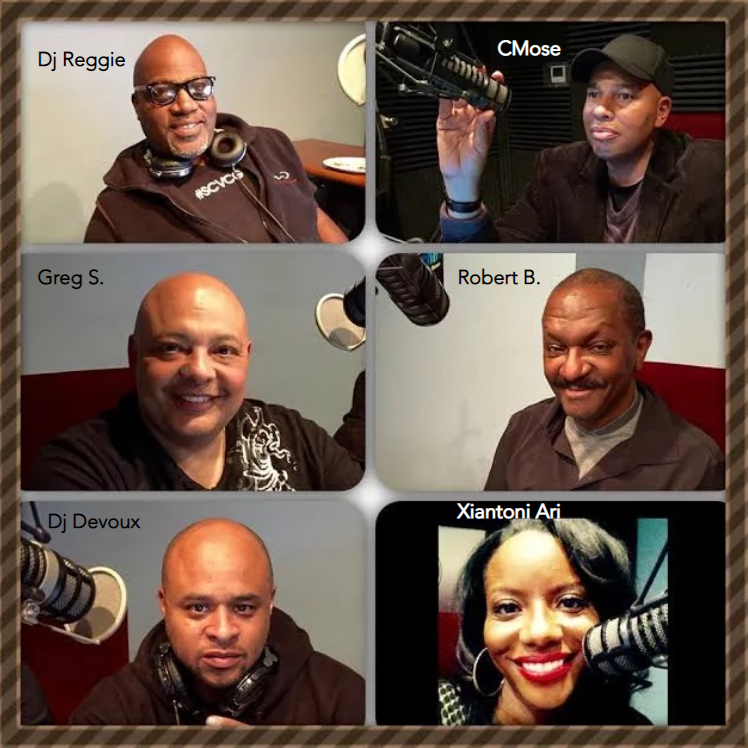 *Clifton Moseley a Pittsburgh native has unlocked his passion for music and he is finally getting behind the groove of soul stars of the past keeping R&B music alive is why he is inspired to form a show like We Luvv Rare Grooves.

I have always had infinity with the B Side of the record The songs on the album I felt sometime better than the release hit record. My Passion for music started with making romantic mix tapes in High School. I remembers starting my album collections with Columbia records 13 records  for 1 cents. My  first album was Ohio Players (Jive Turkey) but the song that stood was (heaven must be like this) After college I  began  working for the Urban station WAMO in Pittsburgh.  which eventually  segued into concert and promotions.  Finally, his latent infatuation with music has come full bloom because I want wants to do my part in preserving R&B music.

My collection of music stems far and wide but my roots is R&B. As We Luvv Rare Grooves comes to take a life its own. My team and I look forward to keeping our listening audience on the edge of hearing never release music taking  you on the musical magical journey down memory lane as only music can do. Our  playlist is Diverse it  includes everyone from Nat King Cole to Teena Marie, Ronnie Dyson Aretha Franklin, Marvin Gaye, Freddie Scott, Brenda Holloway and many many more.

This L.A Native who finds her roots planted in Detroit, Mi is a dynamic force in The Entertainment Industry.

The daughter of Detroit’s own Northern Soul Gem Gwen Owens, Xiantoni is no stranger to the world of show business.

She started her professional career in the world of television and stage plays at an early age , while later signing with The Daniel Hoff Agency in Los Angeles , Ca while still attending High School.

She has worked alongside Actors Craig T. Nelson, Sean Patrick Thomas, LeAnn Womack ( CBS ” The District” ) . Started in a Pepsi Co. Commercial for Japan under the direction of John Landis ( MJ Thriller) , and has appeared in several commercials and magazine print work.

I was once told, “I was born a DJ” and having a father who started DJing in the 1960s was a big help and influence on what I’ve chosen to do as a profession. I started DJing at the age of 11 working with my father doing events/parties on the weekends. This apprenticeship molded me and showed me many different aspects of being a Disc Jockey. I’ve learned the value of hard work, cooperation, perseverance and an impeccable work ethic.  Now with nearly 30 years in the business I am a seasoned professional who can cater to many different  demographics. My experience of knowing what music appeals to a particular crowd has served me well and has kept my business profitable for many years.

In the late 1980s (1987-1991) I attended UCLA and DJ’d many events for the school, as well as, fraternity and sorority events.  During the late 90’s I had to opportunity to collaborate with 2 childhood friends on a monthly parties called The FUNKHOUSE. The first party was a huge success despite the lack luster number of people who came…because we had a cool formula.  Our musical selections started with funky jazz, old school and classic rare grooves sampled by contemporary rap artists.

Currently You can find me doing a host of Private events and the along being the sound and Production for the   Savoy Entertainment  Center in Inglewood.

Robert A. Brown – “The Consultant”

Robert A. Brown is an author, lecturer and Rhythm & Blues (R&B) music cultural anthropologist with an in-depth knowledge focusing on the musical period from the mid 1960’s to 1990, often referred to as Classic Soul.  Connecting the music to the social, cultural and political influences of the times makes his expertise above that of most category experts.

Mr. Brown has written columns for musical publications, lectured on the history of the evolution of the R&B sound and is the author of the book, “Know Your Soul: The Music of A Lifetime.”

Reggie “DJ Regg” Jones, a Los Angeles native, began his professional career as a DJ in 1979..

He has gained expertise into almost every genre of music as well as the ever changing technology of the DJ business. His musical resources include a vast digital library spanning over 5 decades of music to include over 25,000 titles and more than 16000 music videos.

He has provided DJ and sound engineering services throughout the Unites States and abroad including bands, choirs and outdoor music festivals.

With more than 30 steady years in the business and an expansive client list, DJ Regg keeps people on the dance floor and mentors newcomers to the business by sharing his knowledge of music, technology and how to master the art of “the sound”.