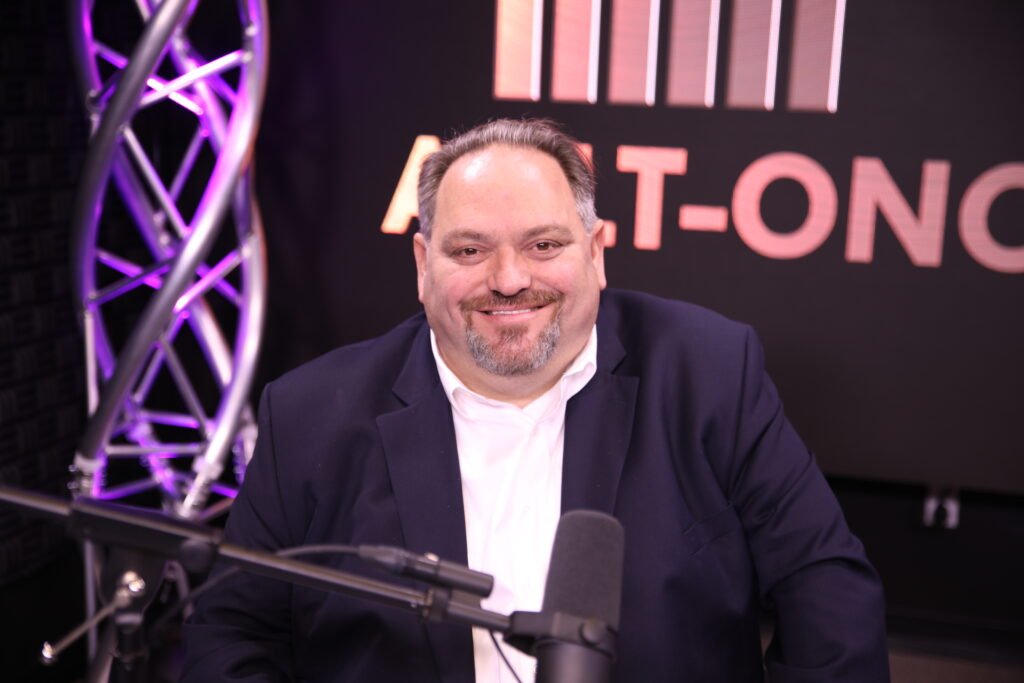 AULT-ONOMOUS is a dynamic new podcast at the intersection of enterprise, entertainment, and entrepreneurship. Hosted by self-proclaimed “bull in a china shop,” Milton “Todd” Ault III. AULT-ONOMOUS deep dives into how moguls, icons, and legends are made. Behind every idea, investment, or innovation is a story and AULT-ONOMOUS peels back the curtain on people who turn their big ideas into big business and gives entrepreneurs a stage on which to rage.

AULT-ONOMOUS celebrates out-of-the-box thinking, perseverance, and being in business for yourself. The way Todd sees it, everyone has the capacity for greatness but the trick is to change your mindset to believe: I AM an entrepreneur. With this as his mission, Todd helps listeners understand the process behind how great empires are built. From passion to tactics to values to failures, Todd and his guests cover everything from nitty gritty details to grandiose visions. Which advice to take and which to ignore? What’s the next best investment move for your business? What mistakes have you learned from? Whether people are early, mid, or late career, looking for a new passion project, or need to elevate a side hustle, Todd delivers real talk that translates into immediate action steps. Todd wants every listener to get up, get moving, and get their business in gear. Todd’s deep pocket knowledge about every industry, plethora of life experiences, and numerous home runs, swings, and misses allow Todd to draw out the most water-cooler worthy stories and mind-blowing insights from his interviews that will inspire, educate, and amuse. Todd isn’t afraid to share his “what not to dos,” butt heads, or spout an unpopular opinion if it will help someone navigating choppy business waters come out on top. With guests as diverse as his portfolio, AULT-ONOMOUS truly has something for everyone – whether they’ve got $1000 or $100,000,000 in the bank. AULT-ONOMOUS is a burst of motivation and spark where Todd and his guests share the most provocative and fascinating stories about how they climbed each step to success because, as Todd knows, there’s no elevator to take you there. Listeners will learn to dream big,
have confidence, and find the solutions, not the problems. With Todd’s affable, straightforward style and his guests’ empire-shaping stories, AULT-ONOMOUS offers a respite from dry books and boring seminars and packs a powerful punch to help listeners grow their brands, enhance their vision and take their own business story from unsure to sure-fire!

Available For Listeners on All Platforms

TODD AULT is a self-made man. Raised in a working class family in Orange County, California, Todd had an unshakable determination to make it big. His drive landed him a successful 30 plus year career on Wall Street. That might have been enough for some, but bigger aspirations called, so he began to buy and found companies that would eventually sell…for hundreds of millions of dollars. But, Todd’s road has never been easy. In 2008, like so many, Todd experienced major financial setbacks and had to overcome many obstacles to get back in the game. His big rebound idea? Build a global holding company! Todd is the epitome of resilience, perseverance, and never taking “no” for an answer. Todd’s specialty is acquiring undervalued assets and disruptive technologies that have major global impact. As Executive Chairman and Founder of Ault Global Holdings, Todd’s companies span myriad industries, including digital manufacturing technology, defense and aerospace, biotech, hospitality, corporate lending, and real estate. One of Todd’s greatest accomplishments is founding the start-up
biotech company, Alzamend Neuro, that seeks to bring preventions, treatments, and cures for Alzheimer’s disease “out of the laboratory and into people’s lives.” Through his partnership with the University of South Florida’s Byrd Institute, two promising breakthroughs are now on the horizon. Todd is also passionate about investing in earth friendly technologies, reducing world water pollution, and developing affordable housing projects. Todd is a huge believer in putting your money where the most good can be done. Todd has a major fan following across all social media, where he hosts numerous shows that truly define “edu-tainment.” Other media appearances include features in Entrepreneur, Forbes, and numerous other television, radio, podcast, and digital outlets. He has also been hailed by investment gurus Brad Lea and Grant Cardone. Above all his many wins, Todd’s greatest endeavor is his personal empire – his family.