The Husbands with Paul and Jeff 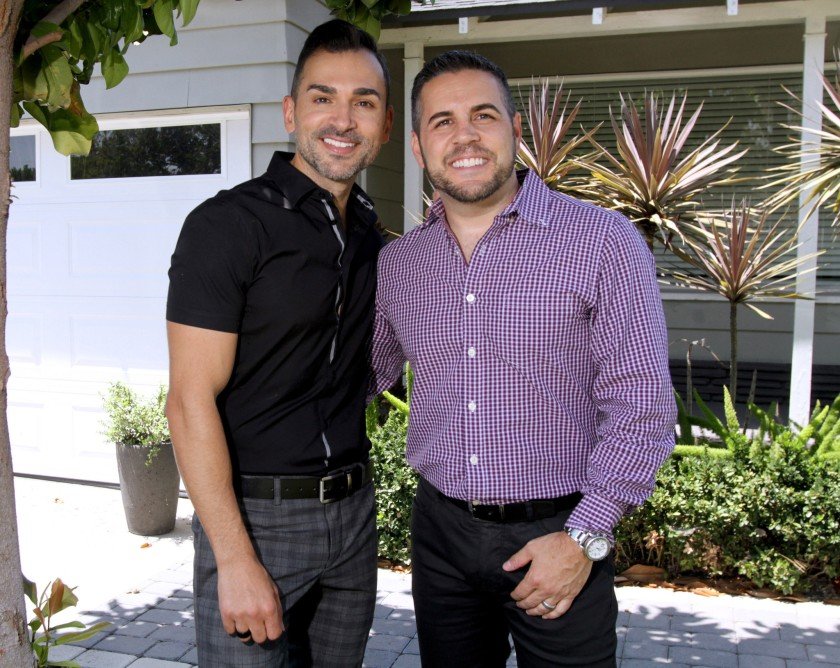 Well they asked for it and now they have it, marriage. Paul Katami and Jeff Zarrillo are best known for being plaintiffs in the landmark case that wound it’s way to the Supreme Court of the United States successfully overturning Prop. 8 “ restoring marriage equality to California. As regular contributors in the media they have become trusted voices beyond the marriage equality movement. Recently Paul and Jeff have proven that audiences love hearing about newly married same-sex couples and all things Equality, Entertainment and Engagement (both for marriage and for becoming an Accidental Activist). Their recent hit test series on SirusXM radio was received to much success based on their ability to carry a show all on their own. Exploring the world of marriage for a newlywed couple after years of a legal battle to be married proves insightful, enlightening and many times hilarious. Beyond that, very popular segments like “Don’t Be Dumb at Dinner?” condenses and informs on the 5 things you need to know at dinner covering topics ranging from marriage to equal rights to entertainment. Everyone wants to be in the know and Paul and Jeff bring the bullet points to their viewers/listeners. This, and segments like #HashItOut and W.O.W. (Whackjob/s of the Week), deliver up to the minute content in a meaningful and entertaining way. Each show also cracks open Paul and Jeff’s network of friends and connections to invite a relevant guest to sit down and discuss the shows topics and the guest’s current projects. Guests include actors, musicians, politicians, sports figures, lawyers, authors, and more. Think of it as a casual sit-down with great people for an enlightening and entertaining time. Paul and Jeff continue their advocacy and activism by also connecting with the Accidental Activists’ of the world and invite them to contribute via phone, skype or in-person leaving each show with a call to action that inspires and retains audiences as loyal followers and fans. Their isn’t a show about two husbands with this style of banter, news, interviews and entertainment until now.